Here's Everything You Need To Know About Davido's New Echoke Token

What Was The Motivation Behind The Creation Of The Echoke Token? Holding Benefits Of Echoke What You Need To Do In Order To Obtain An EChoke Token The Metaverse Is The Ultimate Goal Collaborations With Davido Collaborations With Technology Have Occurred In The Past Nestcoin Collaborated On The Design And Construction Of This Project 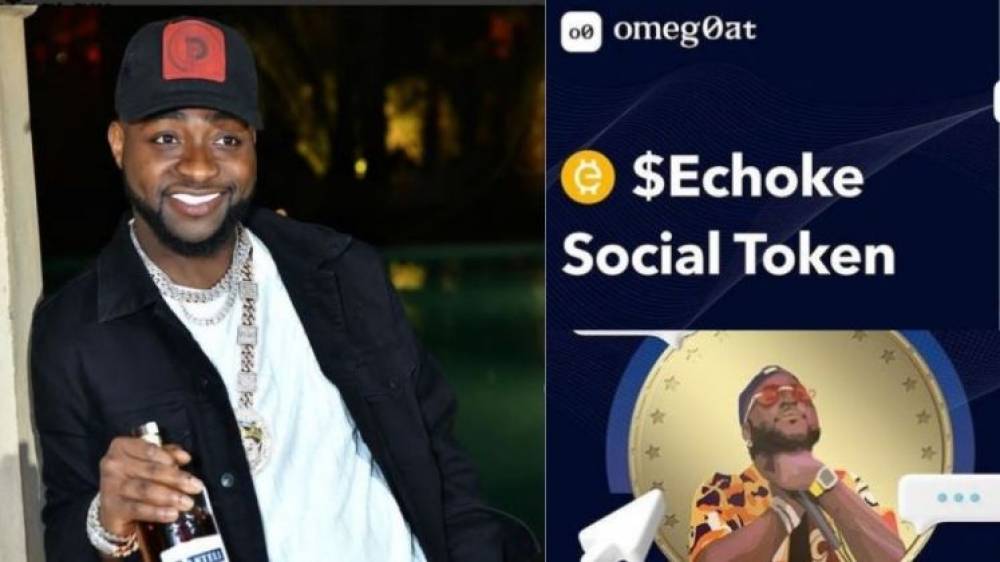 Everything You Need To Know About Davido New Echoke Token

Here's everything you need to know about Davido's new Echoke Token

Earlier this week, Bitsika, a payment platform that operates throughout Africa, announced the creation of the Echoke community token in collaboration with Davido, a Nigerian musician who is a household name worldwide. This is the first time either of these entities has ventured into the metaverse.

Davido's team collaborated with Nestcoin and Bitsika on the development and production of the token, according to the company's announcement.

Additional announcements from the payment company included the formation of a new entity, Omegoat, which will be responsible for overseeing the development of crypto-native products. Bitsika claims that this will allow the company to concentrate solely on its regulated fintech activities.

This cryptocurrency is expected to be a community token with incentives aimed at providing value to consumers in the entertainment and hospitality industries, according to its developers.

What was the motivation behind the creation of the Echoke token?

Fan-created and promoted entertainment-related content has never been compensated before, according to the company, which is why the token was created.

Additionally, Bitsika stated that fans will no longer be treated as passive observers, as the token will transform millions of music and entertainment fans into influencers and decision-makers as a result of the token's implementation.

"While entertainment consumers generate significant value for businesses, that value is captured and reaped by a small group of executives in a boardroom setting. We're using this token to democratize access to value that has been created, with the goal of eventually trickling it down to the masses."

As explained by the team responsible for developing the Echoke cryptocurrency, the token concept embraces bitcoin and blockchain technology as a powerful tool for empowering active fans. As an added bonus, it transforms them from being passive observers to becoming active promoters of the entertainment and music industries.

According to Bitsika, the Echoke Social Token will grant holders access to a variety of benefits, including giveaways, concert tickets, hotel discounts, and non-fungible tokens (NFTs).

These token holders will receive incentives twice a month that can only be redeemed by presenting the token in exchange for cash. It is claimed by the company that both its and Davido's teams have a generous spirit, and that this token will ensure that only genuine supporters receive prizes.

According to the company's previous statement, the Echoke token is not currently available for acquisition. To begin using tokens, members of the general public will not be required to purchase any tokens at this time.

The company also stated that it has no plans to list the Echoke Social Token on any exchanges or decentralized exchange platforms (DEXs) in the next 12 months.

It does, however, state that the token will be made available to the general public for free through a series of monthly promotional activities. This is done in order to ensure that the vast majority of those who possess the token do so out of genuine concern for the cause.

The Metaverse is the ultimate goal

The echoke social token is one of Bitsaka's many forays into the metaverse, and it is one of many attempts. Although it has stated that it will not stop there, the startup claims that it will also venture into the field of non-profit organizations.

It points out that NFT is a mechanism for digital artists to authenticate their work and, eventually, be compensated for their brilliance, and that it intends to expand the scope of this mechanism.

Davido and the Bitsika development team collaborated on the development of the Echoke token, which was dubbed Omegoat by the community. A popular slang term used by the musician, "e choke," is the inspiration for the token, which literally translates as "It chokes."

A collaboration with BitSika, a Ghana-based payment service, was previously agreed upon by Davido and will begin in late 2020. In order to help the company replicate the success that Cashapp, the company's US counterpart, has had with hip-hop over the years, the two parties entered into a partnership.

In the post, he stated that this social token would channel the value created by fans to the benefit of only a small number of executives in the boardroom.

We're thrilled to be able to finally announce this project, on which we've been working for quite some time. The 'Echoke Social Token' is the name given to this cryptocurrency. Make sure to use the hashtag #EchokeForHere in your post. Every day, millions of fans create value that is captured by a small group of executives in a boardroom. This is no longer the case. Our goal is to redistribute power to the fans. https://t.co/xJCWP3g2VW

Collaborations with technology have occurred in the past

Collaboration on the Echoke token by Davido and Bitsika is not the duo's first foray into the world of digital technology.

In a press release, the company stated that it had previously obtained two Mutant Ape NFTs from the MAYC Collection by extorting money from the musician who owned them.

In making the purchase, the company is demonstrating its efforts to comprehend how the digital world works, as well as a desire to learn even more about it. Additionally, it intends to invest in additional NFT projects, such as CryptoPunks, BAYC, and EtherRocks, with the goal of holding these NFTs for an extended period of time in order to maximize returns.

Nestcoin collaborated on the design and construction of this project

Tokens based on Binance Smart Chain (BEP-20) that can be stored in any cryptocurrency wallet that supports the BEP-20 standard are known as Echoke Social Tokens (EST).

This token was conceptualized and developed in collaboration with Nestcoin, a Nigerian startup founded by Taiwo Orilogbon and Yele Bademosi that specializes in blockchain technology.

Beyond trading and investing, the company plans to develop crypto-native products with the goal of increasing cryptocurrency adoption in Africa, which it hopes to accomplish through the use of its own token, the Echoke token.

Previously, Yale Bademosi, the CEO of Nestcoin and a former director of Binance's venture capital program, stated in an interview, "The products we build are tools for individual freedom and artistic expression."

The Scholarship offer is a discount program to take our Online Course Programs and Certification at 90% discounted fee. - Offer Closes Soon!!