How Does Flutter Work? Benefits Of Flutter Compatibility Rapid Development Is Possible Due To The Use Of Hot Reloading It Is Cost-effective And Time-saving Excellent Performance  Open-source Flutter Course Outline ENROLL NOW 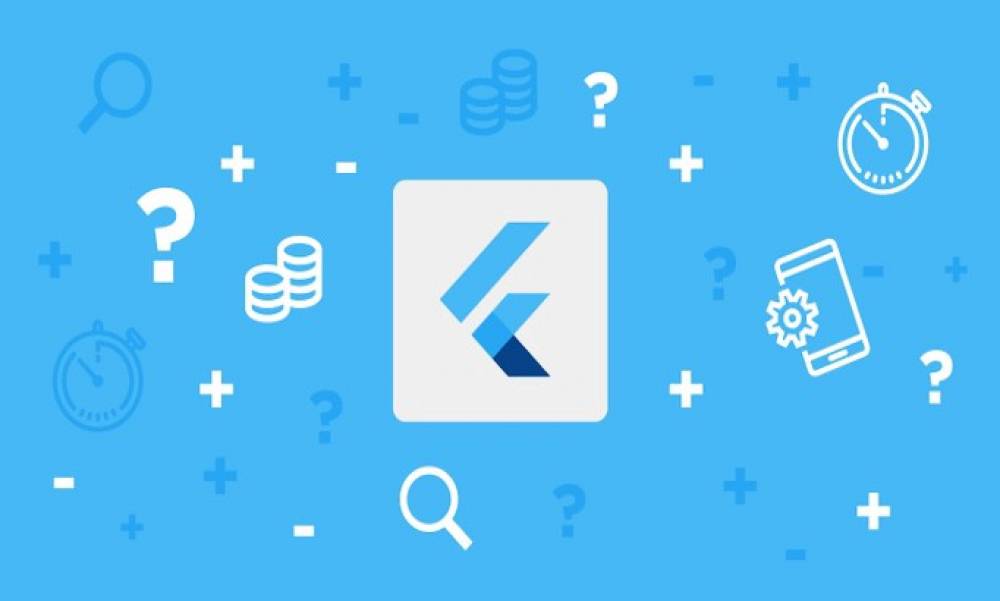 Flutter is a free and open-source mobile SDK that enables developers to create native-looking Android and iOS applications from a single code base. Flutter has been around since 2015, when Google introduced it, and remained in beta until December 2018, when it was officially launched. Since then, the buzz surrounding Flutter has intensified.

Flutter has surpassed the top 11 software repositories on GitHub in terms of stars. Additionally, we've seen thousands of Flutter apps published to app stores. Among the most notable examples is the Alibaba team's Xianyu app, which is used by over 50 million people.

How Does Flutter Work?

Notably, Flutter does not use OEM widgets but instead provides developers with pre-built widgets that appear to be native to Android or iOS apps. Developers, of course, are free to create their own widgets.

Thus, Flutter can communicate with the platform directly without the need for a JavaScript bridge that requires a context switch between the JavaScript and native realms. As you might expect, compiling to native code reduces the startup time of the application.

Flutter is the only mobile SDK available today that supports reactive views without requiring a JavaScript bridge. That is why a large number of mobile developers have used it in their projects.

Flutter's use of the Dart language is one of its most intriguing features. Flutter, like other systems that make use of reactive views, updates the view tree with each new frame. To accomplish this, it generates a large number of objects that have a maximum lifespan of one frame. Dart employs generational garbage collection, a technique that has been shown to be extremely efficient in this type of system.

Also, Dart includes a "tree shaking" compiler that generates only the code necessary for your application. Even if you only require one or two widgets, you can freely access the library's vast collection.

Finally, Dart includes a repository of software packages that enable developers to extend the capabilities of their applications. For instance, it provides a few packages that enable developers to connect to Firebase and create serverless applications. Another package simplifies the process of accessing a Redux data store or platform services and hardware such as the camera.

There are many benefits associated with using Flutter, let's take a look at some of them:

Flutter comes with its own widgets, which means that compatibility issues are minimized. Developers encounter fewer issues when testing the app across multiple OS versions and will save time testing the app on older OS versions. Also, you can rest assured that your application will continue to function on future OS versions.

Note: When a new version of Android or iOS is released, Flutter widgets must be updated (as the tool does not make use of native platform widgets). You may be wondering when Flutter's widgets will be updated.

Given that Google is a significant internal user of Flutter, the Flutter team is highly motivated to keep their widget sets as current and as close to the platform widgets as possible. Additionally, Flutter widgets are completely customizable and updateable by anyone. Even older OS versions can run your app with new widgets!

Rapid development is possible due to the use of hot reloading

Due to the fact that Flutter supports hot reloading, it is gaining significant traction among mobile developers. On emulators, simulators, and hardware, hot reload enables instantaneous viewing of the changes made to the code. Within a millisecond, the modified code is reloaded. The app continues to run throughout, and developers are spared the time-consuming task of restarting it.

This facilitates the development of user interfaces, the addition of new features, and the correction of bugs. When an app encounters an error, it is typically possible to resolve it and then continue using the app as if nothing happened. Even if you are forced to perform a complete app reload, you can rest assured that it will be completed quickly, thereby speeding up the development process.

It is cost-effective and time-saving

Flutter performs exceptionally well in two ways. To begin, it makes use of Dart, a programming language that compiles to native code. Second, because Flutter ships with its own widgets, there is no need to use OEM ones. As a result, the app and the platform communicate less effectively. These two Flutter features contribute to faster app startup times and fewer overall performance issues.

Flutter is an open-source technology with a thriving developer community that provides support, contributes to the tool's extensive documentation, and creates useful resources. Dart and Flutter are both open-source applications.

Flutter is a cutting-edge mobile technology that is currently available on the market. Due to the benefits it provides development teams, it is a likely candidate to become the preferred mobile technology in the near future.