None Of These Methods Has Been Successful. The Difficulties Encountered By Retailers In Nigeria The Role Of Fintechs And Data Companies Regulations Against Defaulters & The Future Of The Retail Space IT Courses And Certification
[ CHOOSE COURSE ]
Start A Course

Why Nigerian Retailers Can Access Just 30% of their Credit Needs and How Fintechs Can Assist.

Retailers in Africa's consumer goods sector are one of the most powerful engines of economic development. Regrettably, they can only obtain less than 30% of their credit needs. Over 80% of these retailers in Nigeria are female. While documenting the needs of these women entrepreneurs has been both enlightening and exhausting. And what is most intriguing is how a capitalist world has overlooked a market opportunity worth over £6.4 billion that would provide weekly supplies to over one million Nigerian retailers.

During the early part of the last 10 years, many consumer goods producers shifted their distribution strategy, opting to sell through key distributors rather than directly to wholesalers. While the distributorship model is effective, it has never thoroughly addressed the issue of credit risk. Rather than that, it simply shifted the burden to the distributors.

These distributors extend credit to wholesalers and retailers at the end of each sales cycle. Credit days can last between one and four weeks, and in unusual circumstances, up to eight weeks. Credit is not always repaid. Indeed, approximately 5% of credit extended for many distributors becomes bad debt, while a whopping 15% becomes past due.

Distributors have not simply thrown up their hands. They have developed methods of mitigating this risk over time. Several businesses reverted to cash sales only, willing to lose more than 50% of their revenue in the process. Specific individuals established a reputation for ruthlessness through court cases, the thuggish sacking of a defaulting retailer's store, and vicious name smearing. A few conduct thorough due diligence and require guarantors before extending credit.

None of these methods has been successful.

“Iya Kabiru used my money to finish her house's roofing,” another distributor complained. “Everyone in the market is aware of this, but Iya Kabiru continues to lie, claiming she was robbed by armed robbers and will be unable to repay my money in a timely manner. According to her police statement, she intends to pay $10,000 per month until the debt is repaid. Three million dollars is what she owes me! ”

The producers are aware of these. They are aware of the risks, and many have taken additional precautions to safeguard themselves by establishing tripartite agreements between themselves, their distributors, and the bank. It effectively ensures that the distributor's collateral acts as an additional layer of protection for the producers. It is a critical function that traditional banks perform in the consumer goods industry. Additionally, they provide these distributors with bank drafts, loans, and other forms of financing.

Collateral, guarantors, and solid transaction history with the bank are required to make these provisions a reality. These requirements mitigate risk and exclude small retailers.

The difficulties encountered by retailers in Nigeria

Retailers are not all money-diverting traders, nor do they constantly abuse credit. The majority of them adhere to agreed payment terms, as 7 out of 10 rely on daily profit and would not want to jeopardize a credit relationship with a distributor.

Lateefat Akinniyi, an Ibadan retailer who barely made enough money to feed her two daughters, desired to send them to school in 2018. She required additional credit to purchase additional inventory from distributors and sell to her growing customer base. Distributors were unwilling to take on additional risk by providing additional credit; banks refused to lend her money because she lacked collateral or a banking history with any of them, and the rates demanded by Fintechs and cooperatives would leave her with no additional profit.

Hundreds of thousands of retailers across Nigeria face the same issue, and one might wonder why they lack adequate bank records. The straightforward answer is that they rarely require the services of a traditional bank in their daily, monthly operations. As they sell, they pay their suppliers in cash or through point-of-sale (POS) outlets.

Profits not used for daily feeding are saved and paid weekly as a contribution to thrift savings. When it is their turn to be compensated through thrift savings, the money is immediately invested in a project; school fees, rent, goods, or construction projects. Even well-banked wholesalers and larger retailers face similar challenges with collateral and the fact that their bank records may only reflect about a third of their business capacity.

The role of Fintechs and Data companies

Seta Field, a Nigerian market data processing company that develops artificially intelligent tools for calculating brand share-of-shelf attempted to solve the problem in 2019. They contacted some retailers and distributors and analyzed their customers' payment histories. They discovered a pattern and, after additional research, concluded that retailers who consistently repaid credit bore similar characteristics.

Seta Field incorporated this into an algorithm and other critical rating criteria, resulting in one of the first credit risk ratings that was not based on banking history. Seta Field conducted a Pilot in Abeokuta based on its findings, offering working capital to 100 retailers via a consumer goods distributor. It had fewer than a dozen late payments and no bad debts during the four-month pilot period.

Seta Field is even more confident in its credit scoring algorithm today, assisting distributors across the country in offering credit in more intelligent ways. Seta Field began incorporating available bank and credit bureau records into its algorithm in 2021 and has recently begun experimenting with novel methods of analyzing phone and social media activity to better understand customer repayment behaviour. However, Seta is not the first company to make this attempt.

Like their African counterparts, Latin American traders frequently lack the cash necessary to pay distributors for goods, forcing them to purchase limited inventory. It limits the trader's potential sales and forces him to place smaller, more frequent orders. Tienda Pago's primary product offering is a credit line that enables small merchants to purchase inventory on credit and pay for it upon delivery.

Both Seta Field and Tienda Pago reaffirm the possibility of meeting the credit needs of traders in developing countries. Additionally, the hope is that their studies will inspire additional financial institutions to focus on the consumer goods payment space. This is not an empty hope.

Carbon, a Nigerian fintech that has been providing credit to Nigerian consumers for nearly a decade, shifted its focus in 2021 to the credit needs of roadside consumer goods retailers. In collaboration with multinational FMCG companies and their distributors, the Nigerian fintech is offering these retailers a 10-week cash advance at a rate of 6.25 percent.

Carbon, founded by Chijioke and Ngozi Dozie, offers one of the best financing options for retailers and, like Tienda Pago, does not require banking history or guarantors. Like Seta Field's, Carbon's model is brilliant in that it does not attempt to alter existing route-to-market and distributor operations. Despite its enormous disruptive potential, it integrates seamlessly with existing distributor operations.

Despite this, it appears as though Carbon is willing to take significant risk, as current requirements for retailers to obtain working capital indicate a little emphasis on minimizing repayment defaults. Neither are there any discussions about the most efficient way to choose which retailers to lend to.

Another company that impacts Nigerian retail payment behaviour is Trade Depot, which launched in 2016 to enable factory-to-retail distribution for consumer goods companies. The company has relied on a holistic approach to credit provision, opting to integrate its offers into pre-existing distribution networks.

They are responsible for the physical distribution of products while also providing the necessary credit.

Regulations against defaulters & the future of the retail space

While insurance for fire and theft is available to these traders in need of capital, there is still condition and character. What happens when a retailer refuses to repay a loan vehemently? What is the maximum recourse that credit lenders have?

In 2020, through the Central Bank, the Nigerian federal government implemented the Global Standing Instruction, ensuring that a retailer in one bank can be used to repay loans taken in other banks. While this is a game-changer, most banks and a few retailers can still game the system as of March 2021.

Despite these efforts and lofty ambitions on the part of these businesses, the need persists. Around a million Nigerian retailers require additional credit, and distributors' capacity to manage or extend credit to them continues to dwindle. Why has this need remained unsatisfied for so long? The lengthy response is spread throughout this article, but the short answer is a lack of sufficient data.

IT Courses and Certification 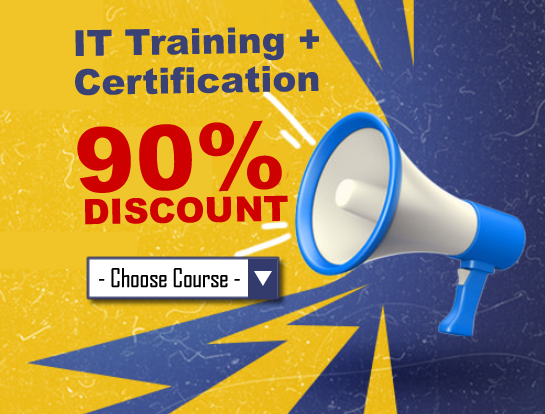