Bitcoin? Ethereum? Dogecoin? Your Guide To The Biggest Names In Crypto 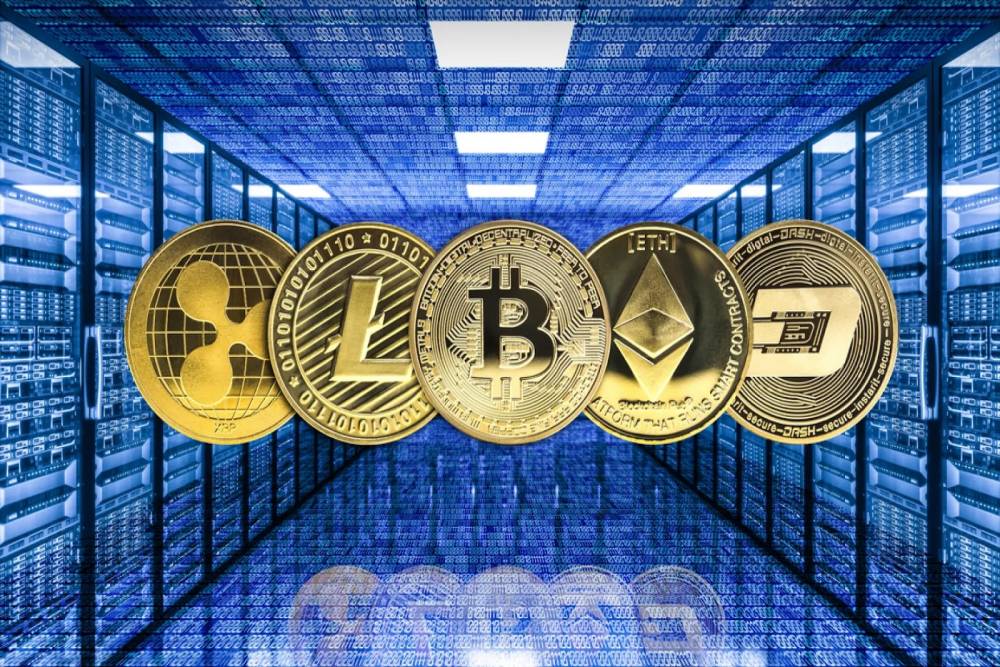 Bitcoin? Ethereum? Dogecoin? Your Guide To The Biggest Names In Crypto

Bitcoin? Ethereum? Dogecoin? Your guide to the biggest names in crypto.

Bitcoin? Ethereum? Dogecoin? Your guide to the biggest names in crypto

Bitcoin and its numerous peers have soared to new heights of popularity over the last year, but many investors remain unfamiliar with them.

With new "coins" appearing on a regular basis, it's difficult to keep track of what's worth paying attention to and what may be passing the test of time.

According to CoinMarketCap, the world's largest cryptocurrencies are bitcoin, Ethereum, Binance Coin, XRP, and Tether.

Their market capitalizations range from more than a trillion dollars to less than $50 billion. However, this tells us nothing about how they operate or how valuable the individual coins may be in a broader context.

This is a guide to the most popular digital currencies available today.

With a market capitalization of more than $1 trillion, Bitcoin is the largest and most well-known fish in the crypto sea.

The digital currency, which was created anonymously in 2009, is based on blockchain technology, another decade-old buzzword. In its simplest form, the blockchain is a decentralized ledger system that stores records of transactions. That is a critical distinction between bitcoin and traditional fiat currencies controlled by central banks, such as the US dollar or the euro.

This month, Bitcoin hit a record high of $63,000 per unit, making it by far the most valuable cryptocurrency.

Many bitcoin proponents refer to it as a store of value — a term historically reserved for safe haven assets such as gold — and argue that the digital currency is an excellent way to hedge against inflation.

Additionally, it is prone to wild price swings, making it an unsuitable investment for risk-averse investors. It suffered a flash crash just a few days after setting a new record high earlier this month, plummeting 14% in less than an hour.

A portion of bitcoin's value is determined by the finite number of coins that can be created — 21 million. Not all coins are in circulation, and bitcoin "miners" use computers to solve complex mathematical puzzles in order to add a new "block" to the chain. This process is rewarded with bitcoin, though the reward is reduced by half after 210,000 blocks are mined. These "halving" events have historically resulted in price volatility for bitcoin.

Because the mining process consumes a significant amount of computing power and electricity, concerns have been raised about bitcoin's environmental impact.

Ethereum is an open-source blockchain-based computing platform with its own cryptocurrency, Ether. With a market capitalization of nearly $300 billion, it is the second-largest digital currency.

The software was developed with the goal of expanding the blockchain's use beyond bitcoin and into a broader range of applications, making it more than "just" a cryptocurrency.

The supply of ether is not limited, and new tokens are constantly created via a similar mining process to that of bitcoin. According to CoinDesk data, it reached an all-time high of more than $2,500.

Binance Coin, the third-largest cryptocurrency by market capitalization at nearly $90 billion, is a unique beast.

Binance Exchange is the largest cryptocurrency trading platform in terms of volume traded, and it created Binance Coin, or BNB tokens, to be used to pay for platform fees.

It has a maximum supply of 200 million tokens, but tokens are destroyed on a regular basis — or "burned" — in order to reduce the total supply and stabilize their value over time.

Binance recently hired Brian Brooks, the acting head of the Office of the Comptroller of the Currency during the Trump administration's final years, to lead its US operations.

XRP is the digital currency used by Ripple's payment platform. The cool thing about Ripple is that it allows for the exchange of any currency, digital or otherwise. This means that users can pay someone in bitcoin even if they do not own bitcoin, simply by using XRP as a bridge between their own currency and the currency in which the recipient wishes to be paid. As a result, it is a very quick mode of payment.

Banks have also jumped on board: Bank of America (BAC), Banco Santander (BCDRF), and PNC Financial Services (PNC) have all partnered with Ripple.

Additionally, XRP does not operate on a blockchain but rather on a data structure called HashTree, which distinguishes it from other digital currencies. It is not mineable, and its total supply is limited to 100 billion coins.

Despite the limited supply, the unit cost of an XRP token remains relatively low, reaching an all-time high of $3.40 on CoinDesk data. Its market capitalization is slightly more than $60 billion.

The US Securities and Exchange Commission sued Ripple, its CEO, and chairman in December 2020 for allegedly illegally selling unregistered securities worth $1.3 billion. Ripple CEO Bradley Garlinghouse rejected the suit's premise and described it as a "attack on cryptocurrency in general" in December.

The suit serves as a reminder that there is still considerable regulatory uncertainty surrounding cryptocurrency, which could result in volatility in the years ahead as governments and institutions determine how to proceed.

It is a "stablecoin" in the sense that it is pegged to the US dollar. This contributes to Tether's relative stability in comparison to other cryptocurrencies, which can be extremely volatile. When it was launched in 2014, each token had a value of $1.

According to CoinDesk data, Tether's all-time high was $1.32.

Dogecoin began as a joke in 2013 based on a viral dog meme. Its market capitalization briefly surpassed $40 billion, and it is currently competing with Tether for the fifth-largest cryptocurrency spot. These are the times we live in.

The popularity and value of the digital currency have risen dramatically over the last year, as bitcoin's value has risen and Tesla CEO Elon Musk has repeatedly tweeted about it. This year alone, its value has increased by over 7,800 percent, according to CoinDesk data. In April, it briefly surpassed XRP as the fourth-largest cryptocurrency by market cap.

It's also popular with Reddit users, who have developed a reputation among retail investors as a result of the rise and fall of gaming retailer GameStop's stock (GME).

Dogecoin reached an all-time high of $0.43 in mid-April. That is correct, the currency remains extremely cheap.

There are currently 129 billion coins in circulation, and new ones will be added each year. That is what keeps the value of each coin low — even more so when compared to bitcoin, which is a scarce resource.

Why is cryptocurrency important?

Despite the fact that a cryptocurrency is a medium of exchange, it is not issued by a central bank or monetary authority. The decentralized nature of digital currencies is also a primary reason governments are fearful of them. Cryptocurrency has the potential to erode central banks' and monetary authorities' authority. These currencies can occasionally be used to circumvent capital controls. Exchanges of cryptocurrencies are regulated. However, as a result of their recent origins and lack of definition, numerous authorities claim jurisdiction over their regulation.

Why have cryptocurrencies become so popular?

There is a reason for the rise in popularity of cryptocurrencies. They simplify the process of transferring funds between two parties. There is no requirement for a third party or intermediary. Additionally, the processing fees are low in comparison to those charged by banks and other financial institutions.